Dear readers, it's been a while 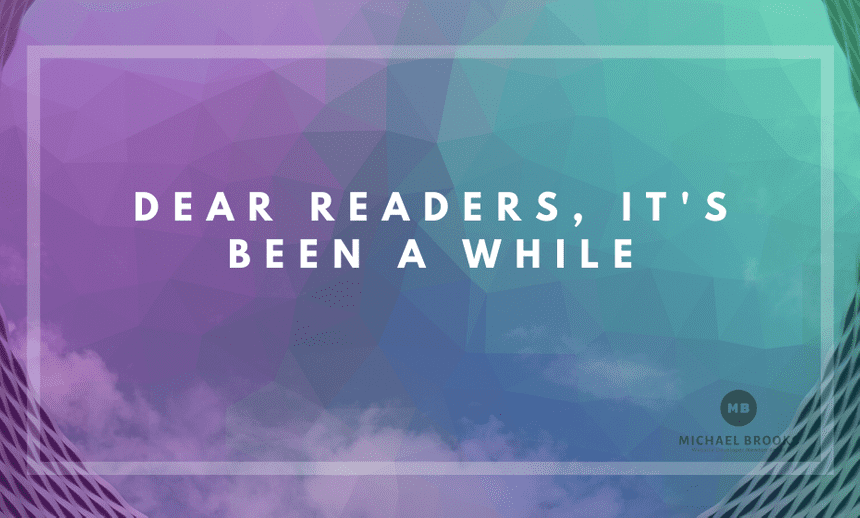 Hello to anyone that visits my blog post, whether it's your first time or your 100th. You all mean the so much to me and I appreciate you taking the time to read any of my posts.

What's happened in the last 5 months?

A lot has happened since my last blog post since it was posted 5 months ago.

We've had COVID-19 which is still in progress. We've had the black lives matter movement which I'm really in support of and a lot of personal things have happened too.

What are my personal changes?

It's now been over a year since I started contracting and my contract with the University of Exeter has been extended multiple times. This has given me a lot of confidence within myself and my coding has improved because of this.

My goal for creating 12 YouTube videos has unfortunately fallen behind as I haven't created a single video this year. One a month should have been doable, but I've had so much on my mind that it's taken a backseat.

I've cleared my £7k of credit card debt and I'm now working on clearing my wife's £8k. Technically it's both our debt, it's just on her cards rather than mine because we've been switching between our cards to get 0% balances and now we don't have an interest rate, we can focus without worry. Our overall debt at the beginning of this year was around £17k so we've more than halved it which is a great feeling.

COVID-19 has been a blessing for me and I know this isn't the case for everyone. Working from home has been going really well and I'm saving a lot on petrol. I hope that when this eases, I'll be able to work from home on a permanent basis. However, I'm well aware that others are struggling right now, the government has failed us and haven't been supporting those that need it most which is a huge shame.

What are my thoughts on the rest of the world?

All key workers are struggling mentally and they will need a huge break if and when it's possible for them. The campaigns to raise money for them has been tremendous and really restored some faith in humanity. However, a lot more needs to be done in order to support them further and the government should be held responsible for making this happen.

Now for the black lives matter campaign, most protests started out peaceful which has been fantastic to hear. That is until the police stepped in and brutally pushed protestors back, sprayed them in the face for no reason and even shot people with rubber bullets. There are times where it seemed necessary, but 99% of the time, it was complete police brutality.

I believe this is what also led to most riots, if we didn't have this brutality, most people wouldn't have been pushed to riot. Donald Trump has been a tragic president who still believes he's some sort of God. He constantly spews the same rhetoric and it's quite frankly getting boring. I wish he would just step down, but we know this won't happen, so America needs to vote for change.

Similar things are happening in the UK where Boris is this bumbling idiot that keeps flip-flopping on his plans and his words. He's a racist which we desperately need to vote out and we need to campaign for change.

Let's hope that things can change and that we can end 2020 better than when we started. We're all desperate to see our families and get back to some sort of normality. I believe that change for the better is happening, but it's still too slow and we need to speed things up and add pressure where we can.