My initial thoughts on Apple's IOS14 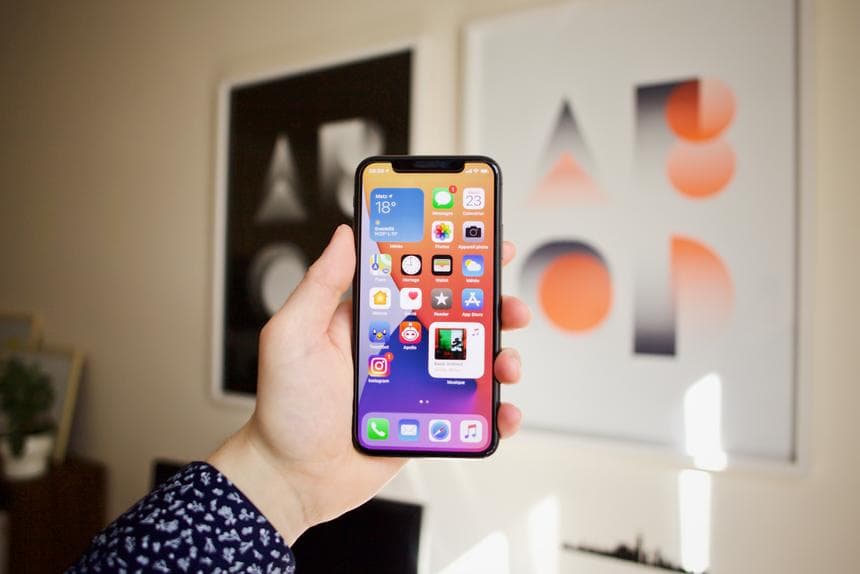 Last week I installed the IOS14 beta, and overall, I'm impressed with the experience. Android fans will scoff at the idea that Apple has implemented widgets, screaming, "WE'VE HAD THIS SINCE THE BEGINNING OF ANDROID PHONES!". Or they'll laugh at the idea that iPhones finally have an app draw (called App Library) and has picture in picture mode (PiP).

The thing is, we all know that Apple takes their time, and when they deliver these improvements, they usually offer it better than most Android implementations.

The App Library is a smart AI-driven app drawer that cleverly bundles apps together and will bring the apps you use most near the top. You don't have to think about customising it yourself, and I've found myself removing most apps from the main screen in favour of the App library. Also, if you can't find the app you're looking for, then the search at the top of the screen is super helpful and lightning-fast. Overall, my impressions of the App library has been very positive. Once in a while, I stare at my screen and wonder where the app I'm looking for is. However, this happens a lot less than when I used Android.

It's nice being able to watch videos while using other apps. I also like the fact you can swipe the video to the side, and the video will still play while showing an arrow to bring the video back.

To be honest, they're the only two apps I've tested for PiP. I'm pretty sure the experience will be very similar to Apple video and other video apps. It's a fantastic feature which they have implemented well, and I don't think much can be improved. The only negative is more towards Google and forcing us to subscribe to premium for silly basic features.

Widgets have always been great on Android phones and I used to love having a weather and search widget. When moving over to the iPhone, I was a little sad that it wasn't a feature. Now the feature is here, and I'm happy with their implementation. Especially with the Stack widget that allows you to group widgets together and scroll between them. Apple will also intelligently move across the widgets during your day depending on what it thinks you need at that moment.

The stack widget is so clever that I think it's the only widget you or I will ever need. It's currently the only one I have on my screen and I love flicking through my stack.

Siri no longer takes up your whole screen, and instead, it's a little icon near the bottom of your screen. Results also appear at the time in a little card that looks a lot cleaner than previous versions. I haven't used Siri enough to gather whether it's more or less clever, but the way it works is definitely cleaner and more simple.

Receiving phone calls has also had an upgrade. Rather than taking up the screen, it will come in from the top when you're using your phone, and you can swipe up to dismiss. It's clean and simple to use.

Accessibility may not seem interesting, but there's one feature that I love. If you go to "Settings > Accessibility > Touch", you can turn on "Back Tap" which allows you to open apps by tapping the back of your phone. There are two options, one for "Double Tap" and another for "Triple Tap". Currently, I have my double tap set to open Siri and nothing on my triple tap. However, I would like to be able to open my camera with the triple tap which isn't currently possible.

There are many features that I haven't yet tried but really excited for. These include, but are not limited to; CarPlay unlock, App Clips, and IOS Smart Home controls. CarPlay unlock could be very handy and would mean I don't have to carry my car keys with me any more. App clips is also another one I'm excited to try out since I can use club cards and not have to install standalone apps in order to do so.

Should you install IOS14 beta?

The OS itself is very stable. So far, I've had very little issues with the OS itself. However, if you rely on your banking apps, then I would stay away. Currently, all banking apps will either crash and exit or notify you that you're using a jailbroken device.

If you have another phone where you can use your banking apps, then go ahead, otherwise, I would just wait for the official release.

IOS14 has some very welcomed features which I hope they can continue to innovate on. Android users may laugh at the fact they've had these features since the dawn of time, but Apple manages to go a step further each time.

Have you got the IOS14 beta? If so, what are your thoughts?

If not, what are you looking forward to the most?

If you're an Android user, what do you think about these features?