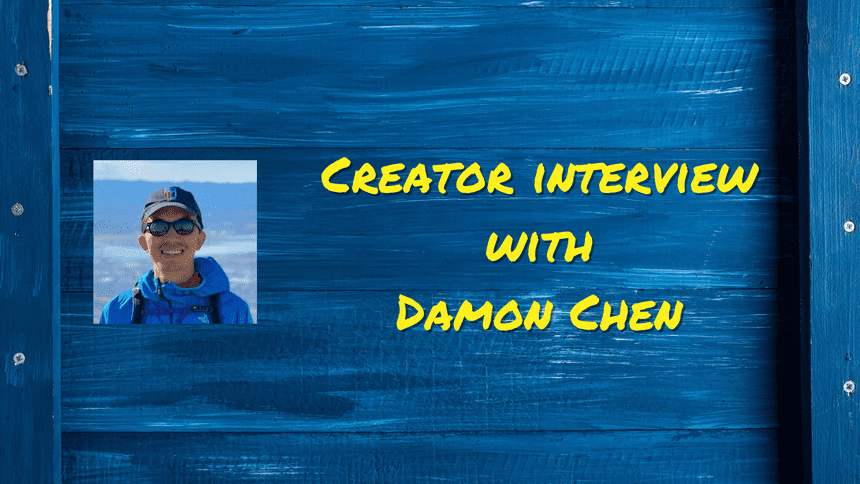 Hello Damon, How are you today?

Hi Michael, I’m doing great here in California. Thanks for having me in your interview. It’s really a pleasure!

For those that don't know who you are, could you please introduce yourself?

A little bit about myself, I am a software engineer working for some tech company in Silicon Valley. Meanwhile, I’m an indie hacker. I joined the indie hackers community several months ago, and I’m obsessed with it. I always wanted to create something, something that solves a real problem and motivates me every day. So since then, I built two products, indielog and backlogs. Indielog is a community for indies like us to vlog startup journey together. Backlogs is a tool to help collect users feedback as you know while building indielog I received so many feedback in different places, so I just want to have a single place to manage them all, so I built backlogs along with indielog.

Your product "IndieLog (formerly Lonely Dev)" has gained a handful of video loggers. How did you first come up with the idea?

Yeah, the idea was coming from my own problem. Starting from this March, I began to work from home because of the lockdown. You know, you have less talk with others, and I think I do need a channel to express myself. At first, I thought maybe I should just start a Youtube channel. But later I realized why do I have to expose myself to such a big audience? I don't want to be an influencer. And I thought, you know, maybe some other people may also have similar concerns as I do.

And also, during that time, I saw several posts on Indiehackers. People talked about loneliness, remote happy hour, virtual meetup such kind of topics. It made me think maybe we can have a sub-Youtube like community where we are all indie hackers. We gather together to talk about our work and day.

I think we already have so many text-based forums like dev.to, indiehackers.com and some subreddits. They are all great! But I don't want to create another one. I want to create something a little more human where people can have more personalized interactions. That's why indielog is only focused on video contents. People can see each other, feel their emotions. People can even build real relations with other members.

What have you done to try and grow your audience?

I launched indielog on Indiehackers community, one day later, I got several new video uploads. This is where it began. Several weeks later, I posted on product hunt which also gave me lots of traffic. After that, I didn’t do too much promotion, but I try to be consistent to update my work on Indielog almost every day and be very active to interact with other members in our community.

I also delivered quite a lot of features to better serve our members. Major ones are like the Topics, Products and IndieTuber.

For Topics, every a few weeks, we will have a new topic so that all members can talk the same thing altogether. Products is a place to list all products that our members are working on. And IndieTuber is a place for our members to list their YouTube channel.

The common goal of all these things is to motivate members to do more video updates. Like the topics, if you a new to our platform, you want to say something, but don’t know where to begin, the topic is a good way to start. Products feature is to help members constantly update the progress towards their products, and all videos can be linked to each product’s page. When checking the Product page, you will see all the relevant videos there.

For IndieTuber, I know we have quite a lot of indies are also updating videos on YouTube. I just want to help promote our indies YouTube channel if they do longer videos on YouTube as for Indielog, we have 2 minutes limit.

Honestly, we are still very small, we have less than 200 members, but to me, it’s good to be small as well. It like a friend circle I created all around the world. It’s nice to see other members updates every day to know what they up to.

What are your plans for the future?

For future plans, I will be more focused on promoting our community. And also, I will implement something like weekly checkups so that people can constantly update their progress. I will add more gamification tactics, like challenging members to do update every week. If they can do it for consecutive 50 weeks in a year, they could get some stickers or other perks. Yeah, but I will see how much I have for it. I’m not a marketing expert, lots of things I need to learn from the beginning. Let’s see.

Where can we find more information about you?

Of course, people can find me on IndieLog, or DM me on twitter @damengchen